Myanmar - The Beginning of the End?

Contrary to the growing sense of optimism that the Civil Disobedience Movement and growing calls for change by the Burmese diaspora and international community have, Min Aung Hlaing and his force of military are closer to tightening the screw on their hold for power rather than succumbing to the will of the people. Myanmar is closer to the brink of civil war than emancipation from the clutches of the Junta.

With each day that passes, numbers of pro democracy supporters are swelling with moving scenes being shared amongst the much famed ‘Gen Z’ on social media. With the support of the diaspora and influential and encouraging ’88 Generation, social media will have you believe that the tide is finally turning against the military that has led Myanmar since 1962’s Ne Win coup. On the four clear occasions that Min Aung Hlaing has moved to restrict the internet, the CDM (Civil Disobedience Movement) has found even more support. With every draconian newly rushed law or bill that the Junta tries to release, more and more international outcry and condemnation pours in. So far, we have seen individual threats of sanctions by the US, condemnation by UK and other EU countries and a session held by the UN Human Rights Council. Perhaps the Ambassadors statement on Sunday evening is the boldest, but its also the most desperate.

Rather than a veiled threat, it feels more like the admission that outside of China, perhaps Russia, India and Israel, every other nation has lost leverage on the Myanmar military. While the statement ending with ‘the world is watching’ seems ominous, the more resounding cries that can be heard is the silent end of the sentence (which obviously hasn’t be added) ‘yet we are unable to stop what the military is doing’.

Rumours are circling wildly amongst the civilian population, many of which are released by the military themselves as a tactic to increase fear and intimidation. If as is expected, the military shuts the internet down from 1am to 9am this evening (Sunday 14th February) it could mark the beginning of the end. Not of the military but of the people’s revolt.

In the past few days, intelligentsia from Doctors and Engineers have been jailed for being pro democracy. In their stead, 23,000 prisoners ranging from crimes such as petty drug dealing to inciting hate speech (such as Wirathu, self-proclaimed ‘Buddhist Bin Laden’). Not just so, the military have been releasing batches of these prisoners in the dead of night in urban centers across the country. Being armed with sticks, machetes and the like, they have caused widespread violence on behalf of the military and against communities show have demonstrated pro democracy. Homes have been set on fire, live and rubber bullet rounds have been fired, arbitrary arrests are commonplace, rights and freedoms (of digital use and demonstration) have been restricted, intimidation and fear run wild. This does not feel like a military on the back foot – it feels like a Junta doing what they have done time and time again against the people of Burma. It feels like the military have launched a civil war on its own civilian population.

If the news that the KNLA (Karen armed revolutionary group) is confirmed to be true of a rallying call for unity amongst other ethnic groups to join and defeat the military, it could mark a dangerous turning point. History teaches that coups are almost always followed up by coups. If ethnic armed groups take unison and try to defeat the military, Min Aung Hlaing will have his men battle in individual fronts. His men have committed crimes against humanity, war crimes and genocide. He will have no shyness on calling on his men to do the same again.

At this point, the only likely end game for the CDM is on two fronts. The first and most likely at this point is that under the guise of internet shut downs, use of local goons and massive military force the CDM is totally upended and all forms of protest are shut down through mass arrests, mass destruction and massive loss of blood and the silencing of people through fear and intimidation. Or, and this is more optimistic of the two, if the men ordered to commit genocide, crimes against humanity, war crimes or move aggressively against the will of the people they are supposedly serving, turn. If a significant faction of the army decide to lay down their arms and disobey their commands it could mark the end of the influence of Min Aung Hlaing. The danger in that case however is just as bad. Will the turning against Min Aung Hlaing simply see another General rise to prominence dressed to ‘protect’ the people?

Until and unless the international community is ready to actualize the utopia of the UN – ie actually assert pressure, actually bring about change, actually work towards justice, then their statements and would-be-resolutions and special sessions are just sound for the sake of making sound.

Still, one has to remain hopeful. Why? Because the overwhelming majority of people who make up these institutions, either the UN or even the military, are good people. They believe in freedom and equality. They have families and loved ones themselves. They value the good in society and hurt when communities hurt too. They outnumber those whom they take command from - whether that’s Min Aung Hlaing, Heads of State or CEO’s on Wall Street. They know that all animals are not equal. Whether they allow some of those animals (their bosses) to be more equal or not is where our hope starts and stops. 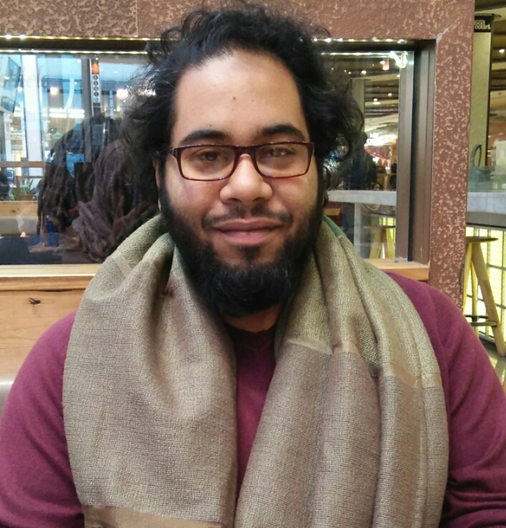